An organization in need

USA Jump Rope, the largest jump rope organization in the United States, has large events all over the country each year, culminating in the Jump Rope Nationals.

The processes used to run the events and the organization are outdated and starting to fray at the edges.

I was approached by the Austin-based consultancy RGLR Collective to partner with them and conduct an on-site research study at the annual Jump Rope Nationals event in Florida. The goal was to observe the event and identify problem areas and possible solutions, culminating in an overall strategy for modernizing the sport.

Working as a two person team with a fellow researcher, I conducted rapid fire contextual inquiries with leadership, athletes, and support staff. Additionally, I did a deep dive into how the event itself was run.

Not knowing much about sports in general, I was learning as much as I could as quickly as possible. 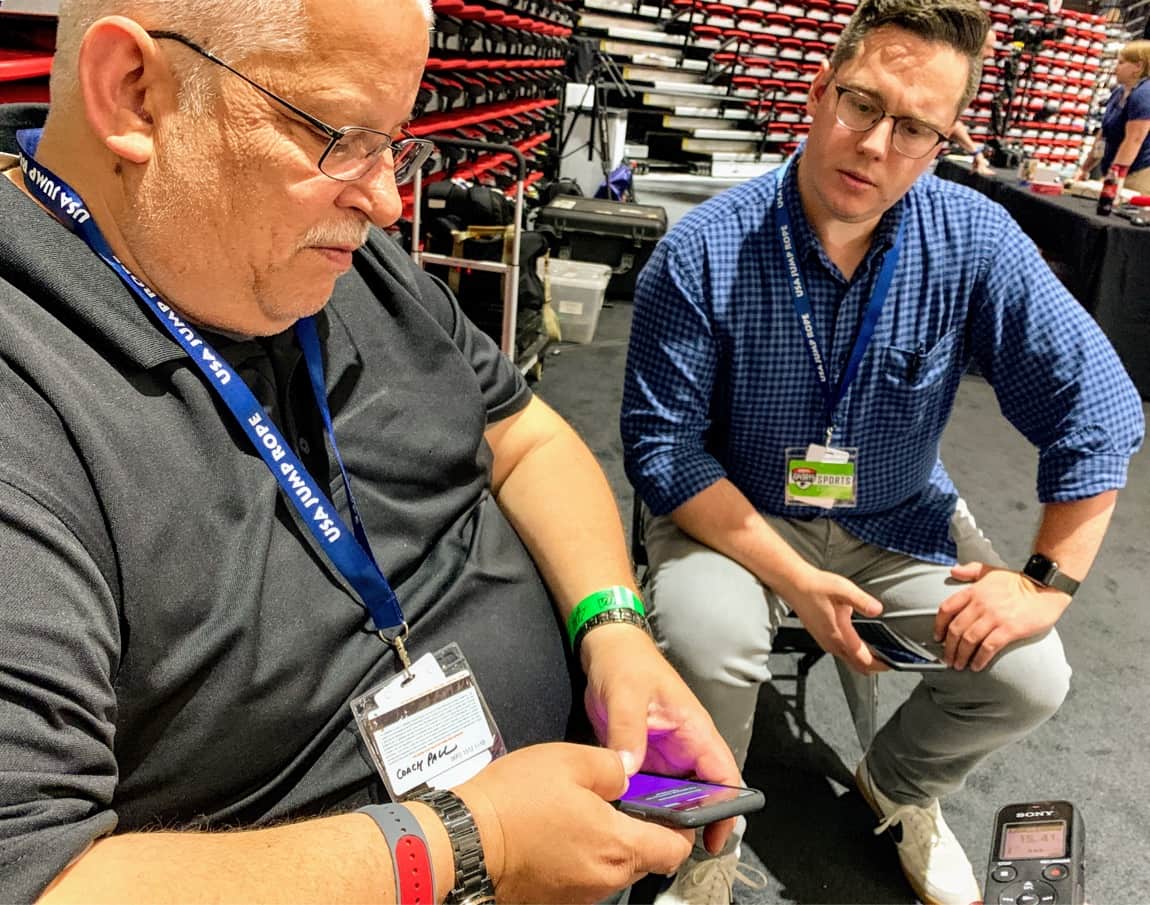 A surprising amount of the process used to run the event remains paper-based, with their filing system consisting of “a filing cabinet in a storage unit in Alabama”.

There was a tremendous opportunity for optimization. 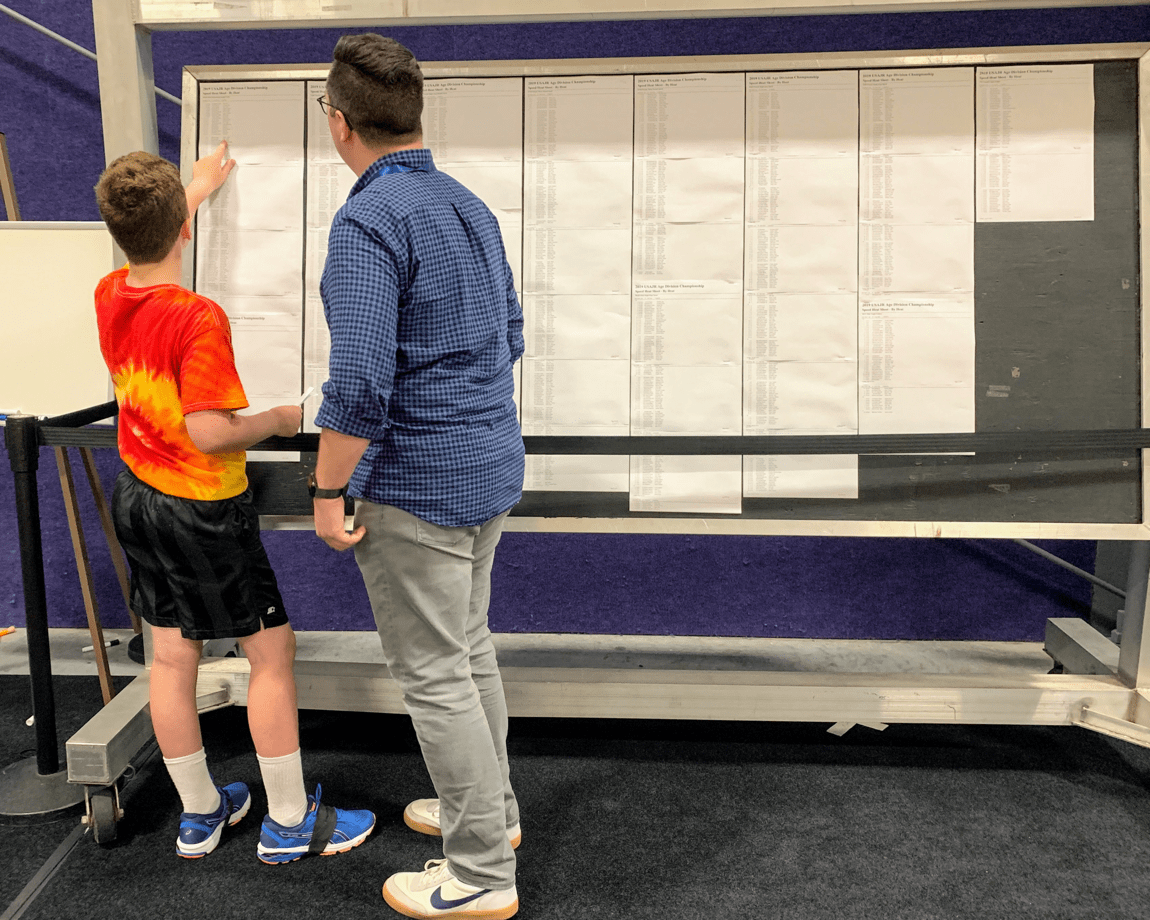 One observation that stood out to me was the use of “runners.”

Each athlete competes at one of nine stations, observed by three judges.

After an event, three runners will go to each station, write down the judges’ scores, and then physically walk them over to a volunteer that types each score into an Access database. 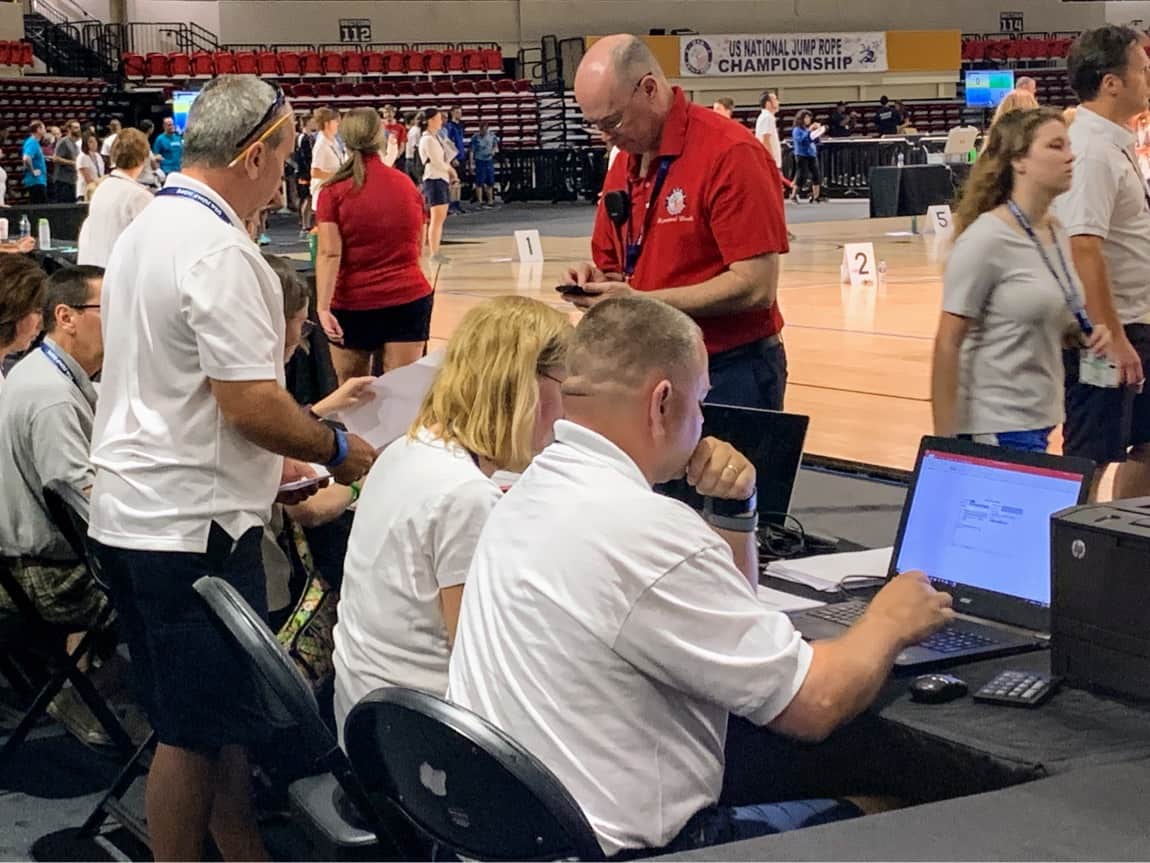 We rapidly synthesized in the field, turning our quotes and observations into insights to build a narrative. 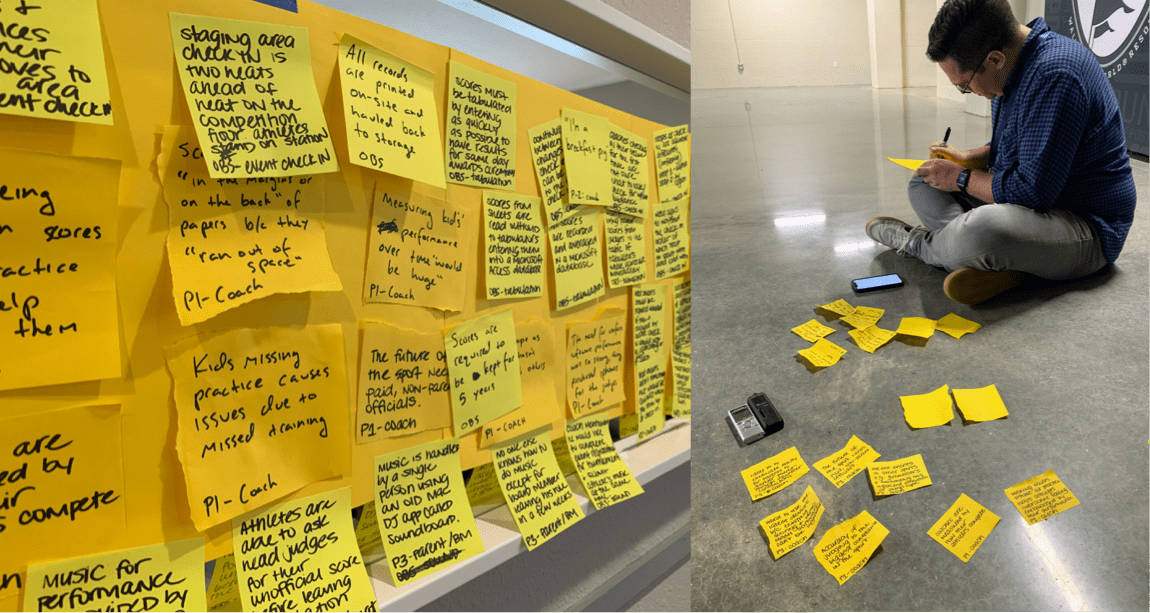 One important opportunity we identified was replacing existing systems with a suite of event software that would automatically communicate with a centralized server. 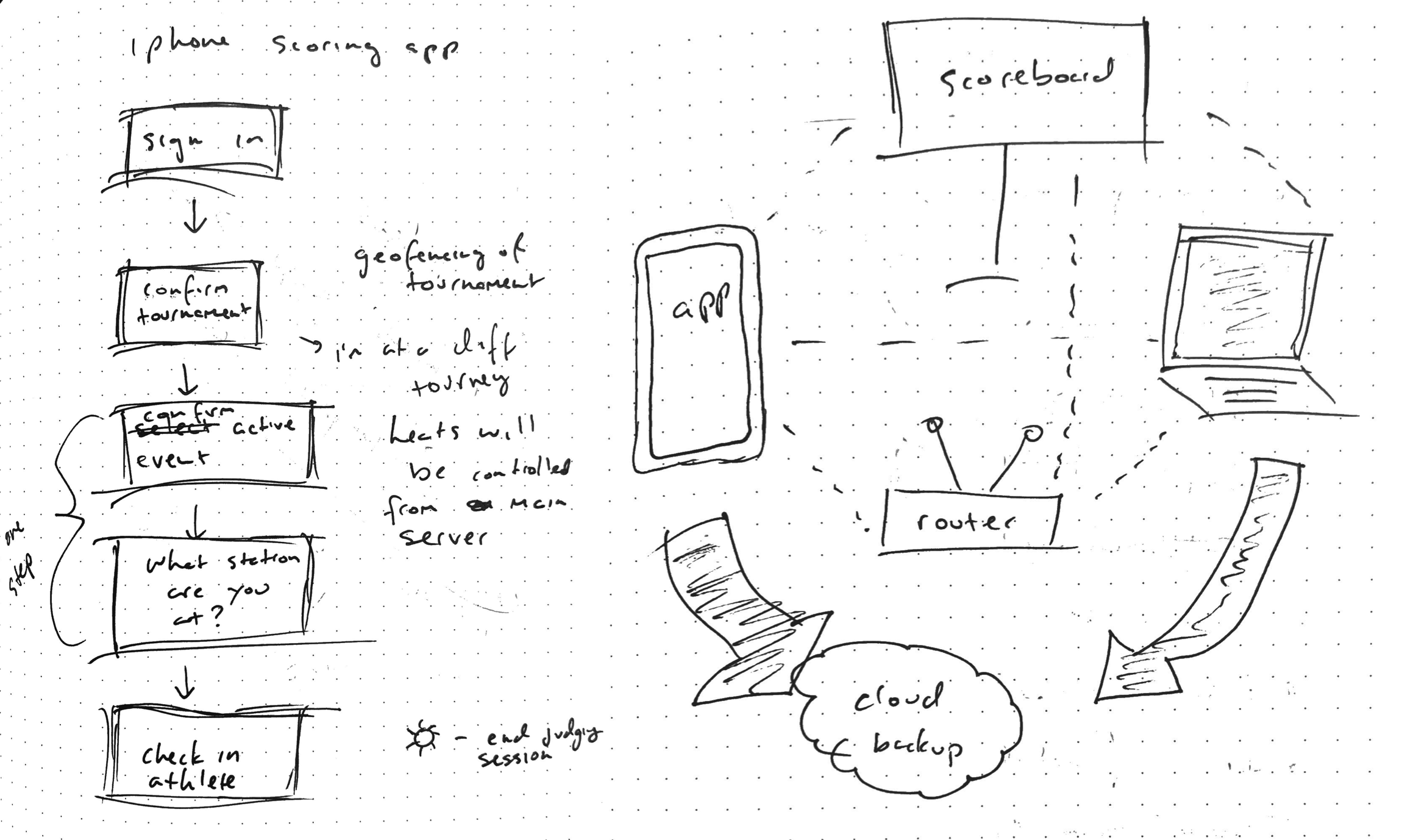 Via affinity diagram, my fellow researcher and I identified which solution would have the highest impact with the lowest investment, and that morning at the event I sketched out my ideas.

Once I hit upon a flow I liked, I began to design a mobile prototype backstage to improve and address the incredibly specific needs of the judging experience. 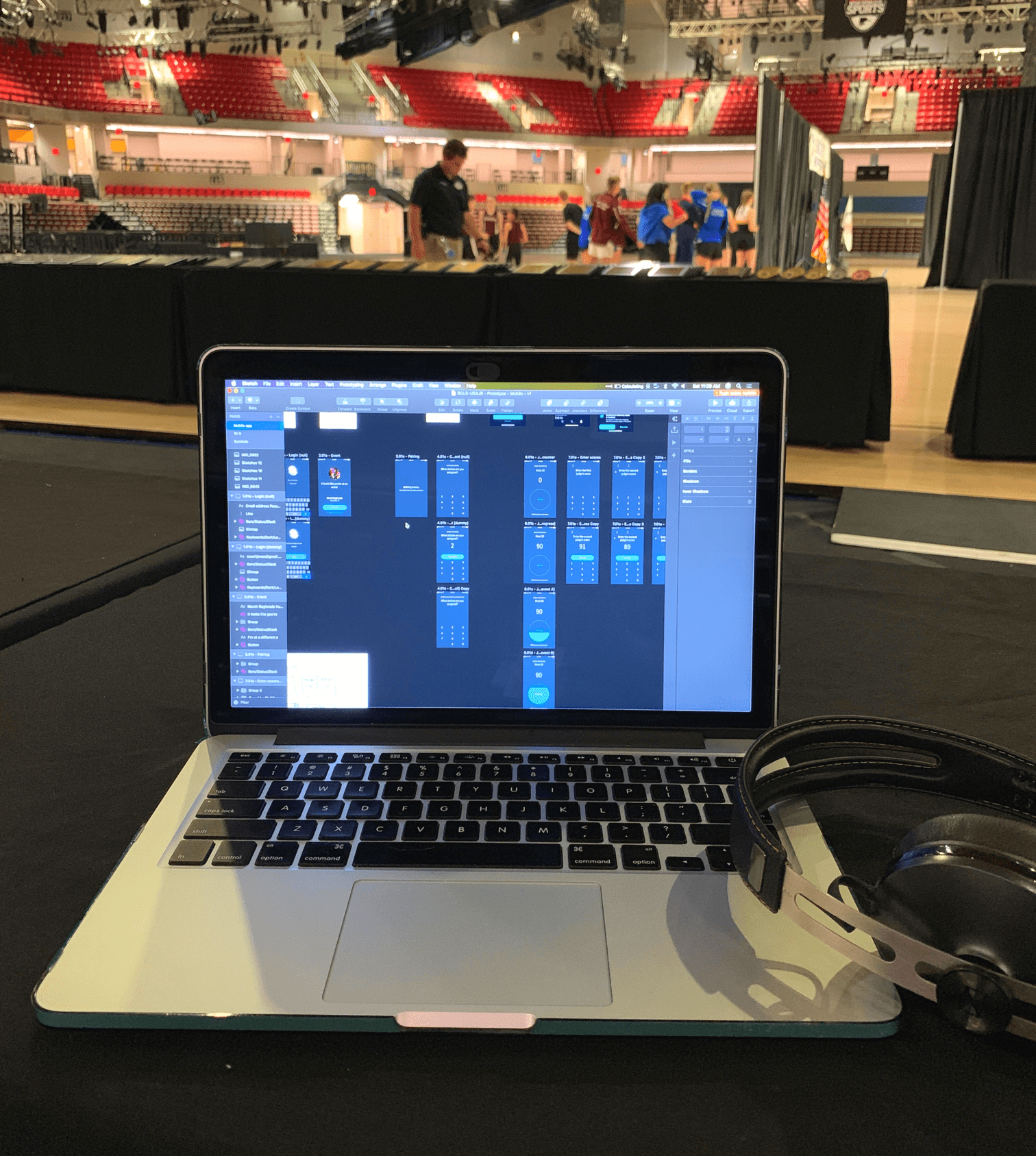 After completing the designs, I put together a quick prototype in Invision to more easily demonstrate the flow and interactions. Here are a selection of screens from that prototype:

Automatically detecting and joining an event 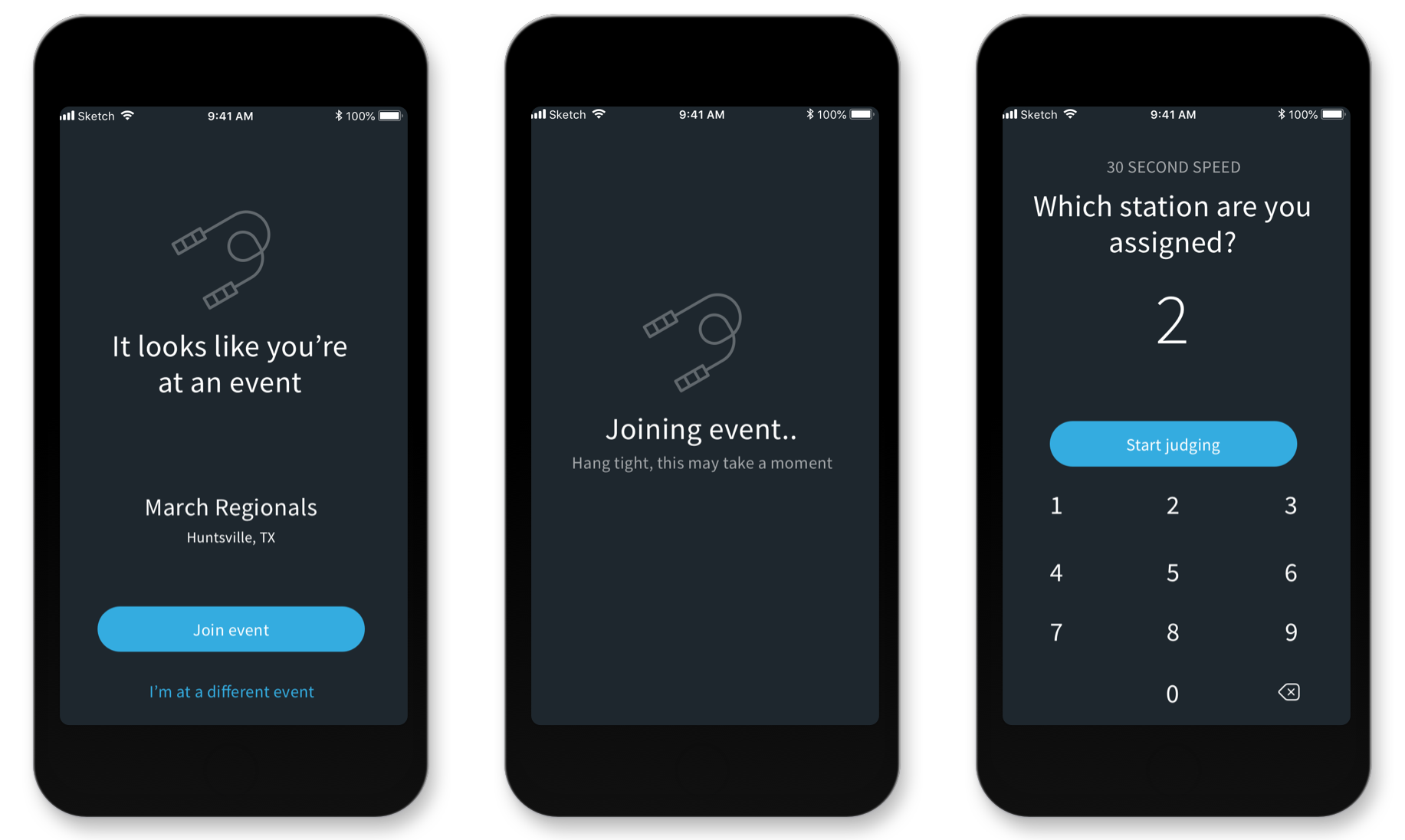 Tabulating jumps during the event

During an event, a judge needs to track each individual jumper and then compare their counts with two other nearby judges using physical counters. 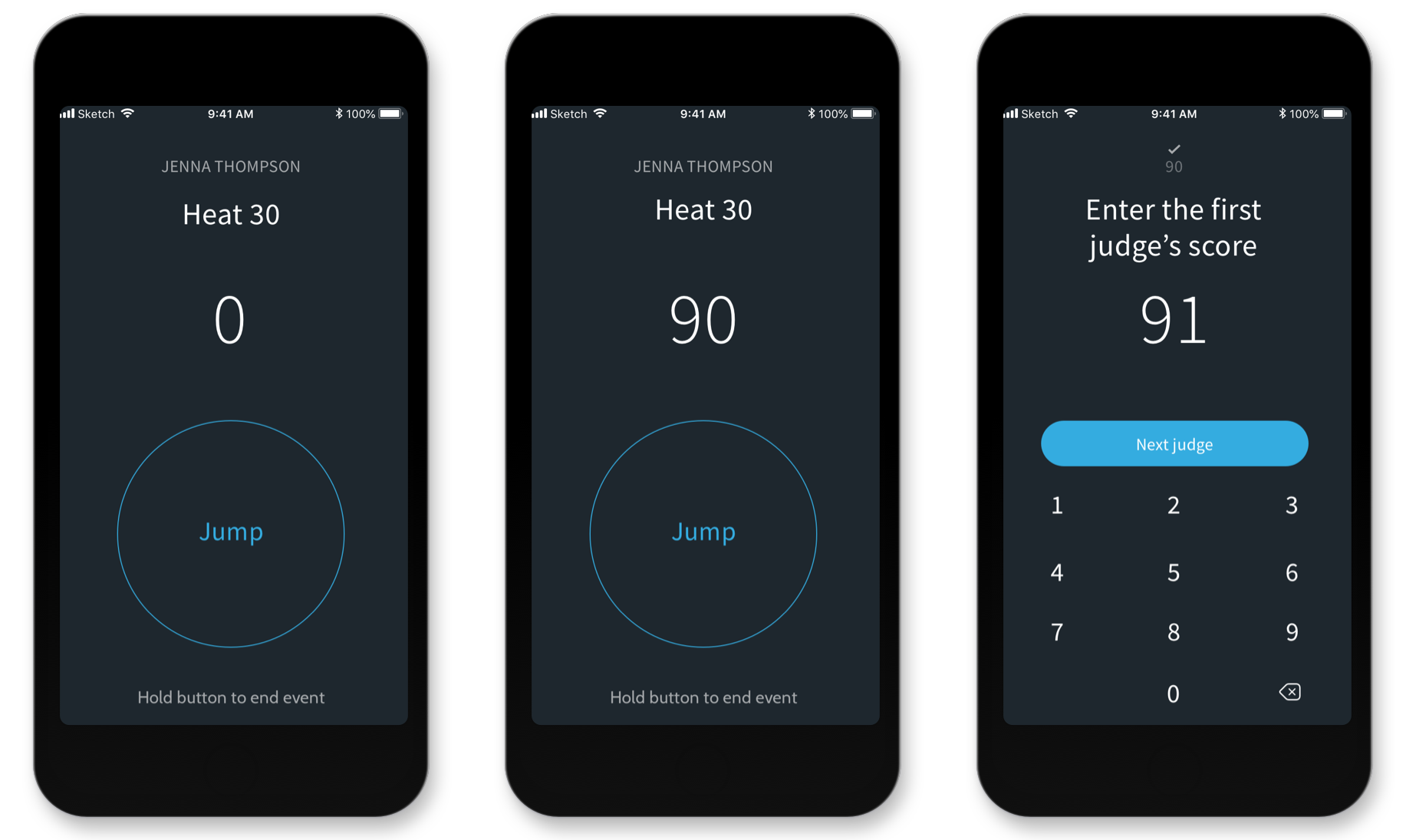 Submitting scores to a centralized database

As previously mentioned, today the solution for capturing scores is a physical “runner” writing them down and then running them over to be input into a database. This solution allows for scores to be recorded and submitted on the fly, keeping things moving seamlessly. 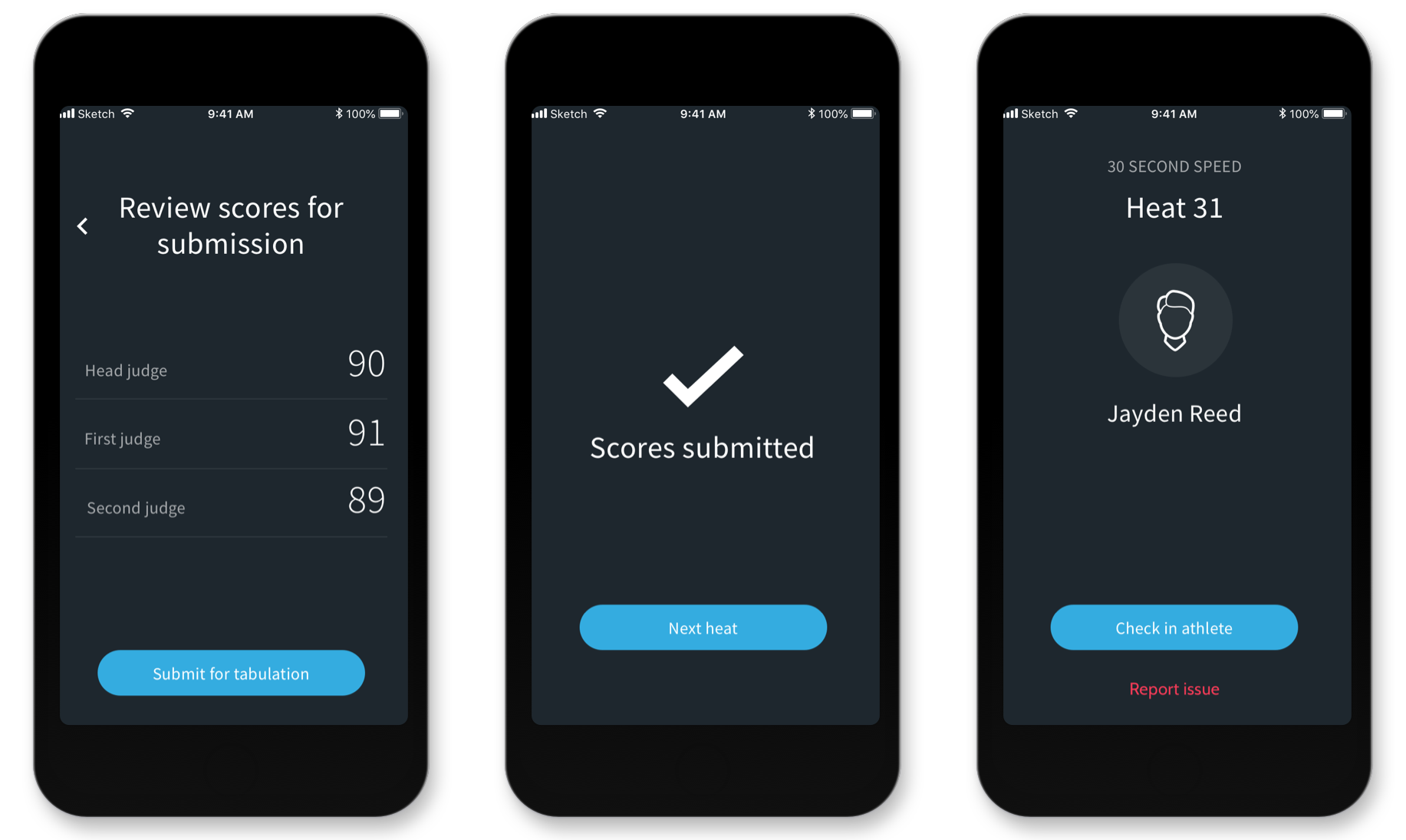 Pitching the board of directors

After the event, I met with the board and pitched them on my software solution. They were extremely enthusiastic, and were excited about next steps.

Working closely with my colleagues at RGLR Collective, we developed a proposed roadmap and met again with the board a few months later to discuss moving the project forward. Below are a few slides from our proposal (sensitive information removed). 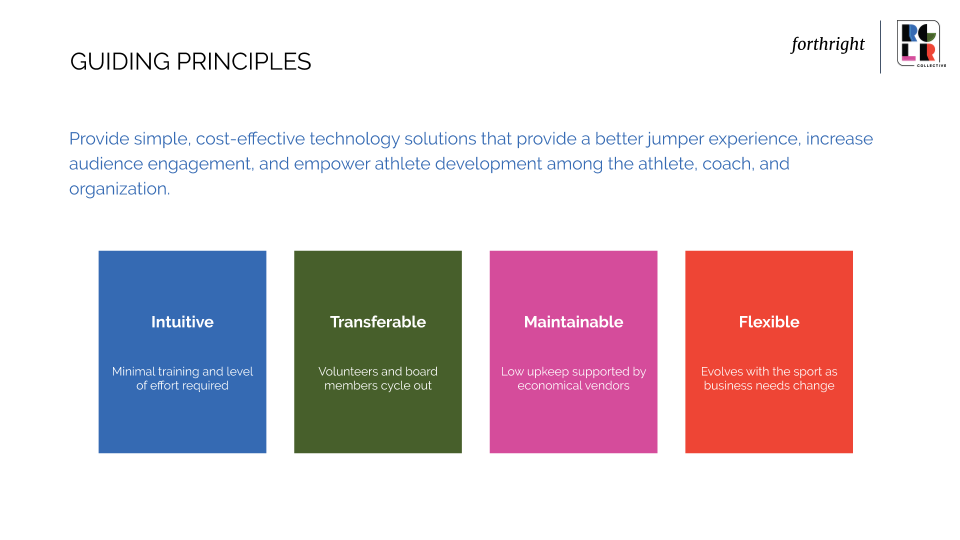 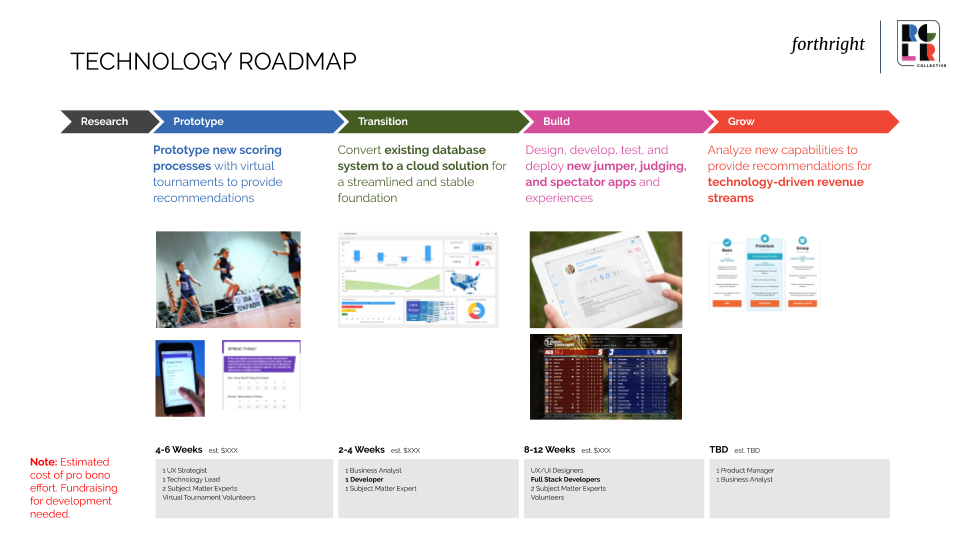 The board was very excited about our proposal, and we’re currently exploring next steps. Watch this space!